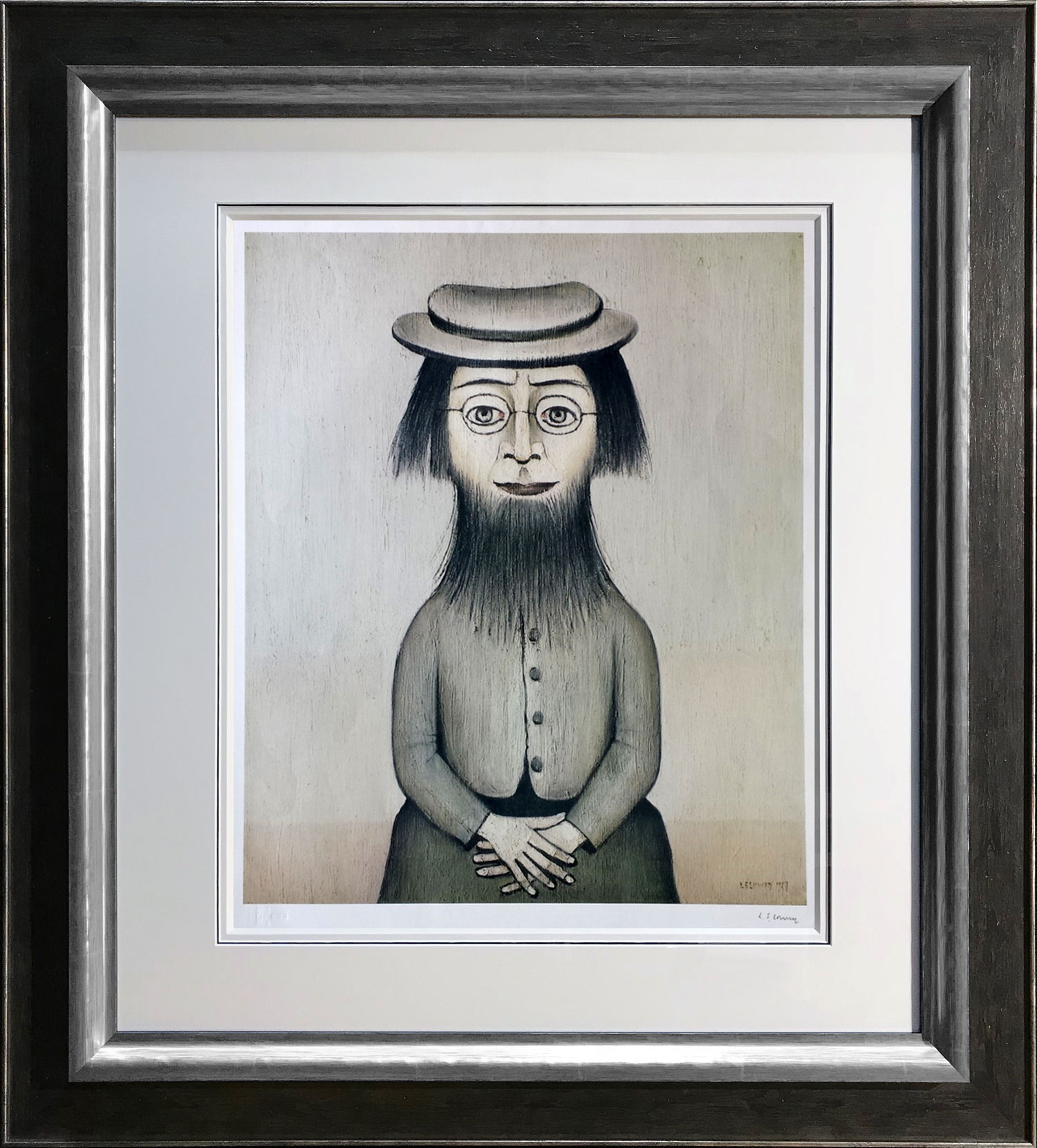 Stamped by the fine art trade guild
Published by the Adam collection in 1975
Printed by Chorley and Pickersgill Copyright in all countries inc. USA

We always hold a great selection of works by L.S Lowry including LS Lowry Woman with a Beard