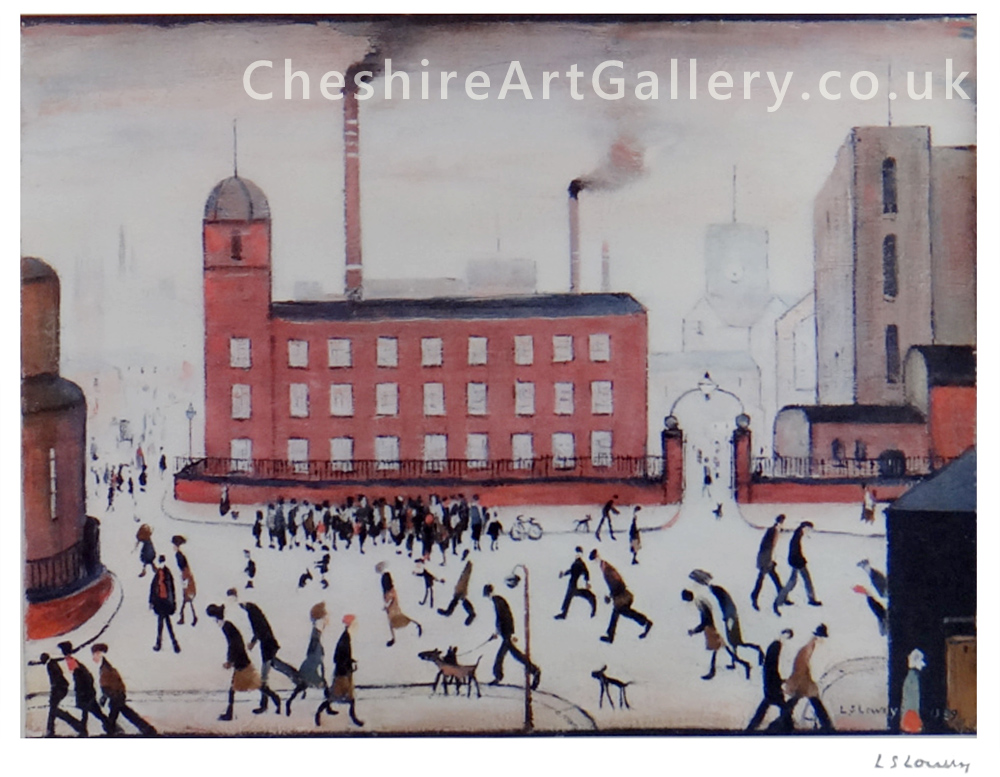 This is one of several signed, limited edition prints that although has been signed by L.S.Lowry in pencil and has been published as a limited edition of 750.
The other two titles published by The Sunday observer were ‘Market scene in a Northern Town’ and ‘Level Crossing with Train’