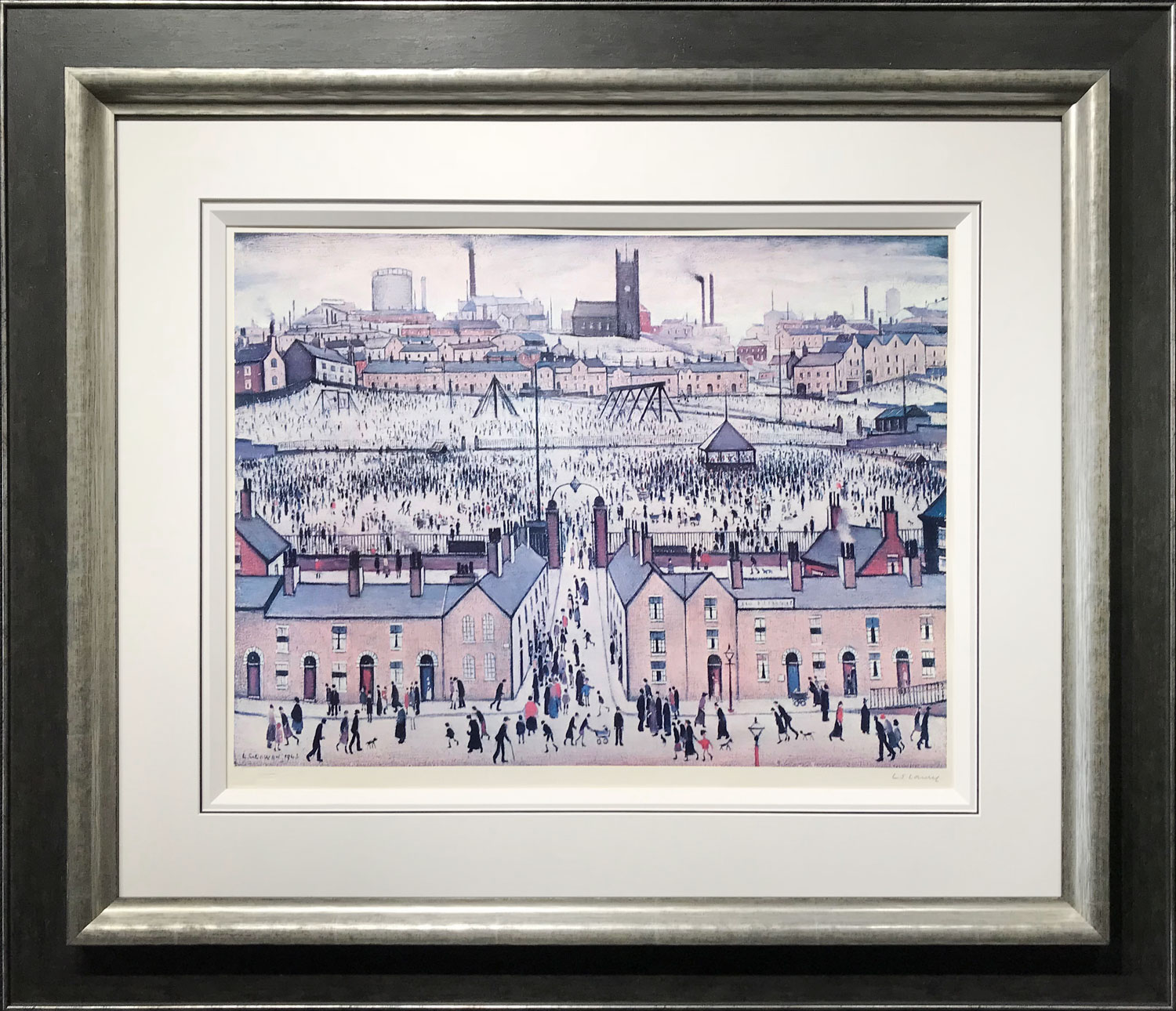 We always hold a great selection of works by L.S Lowry including L S Lowry – Britain at Play