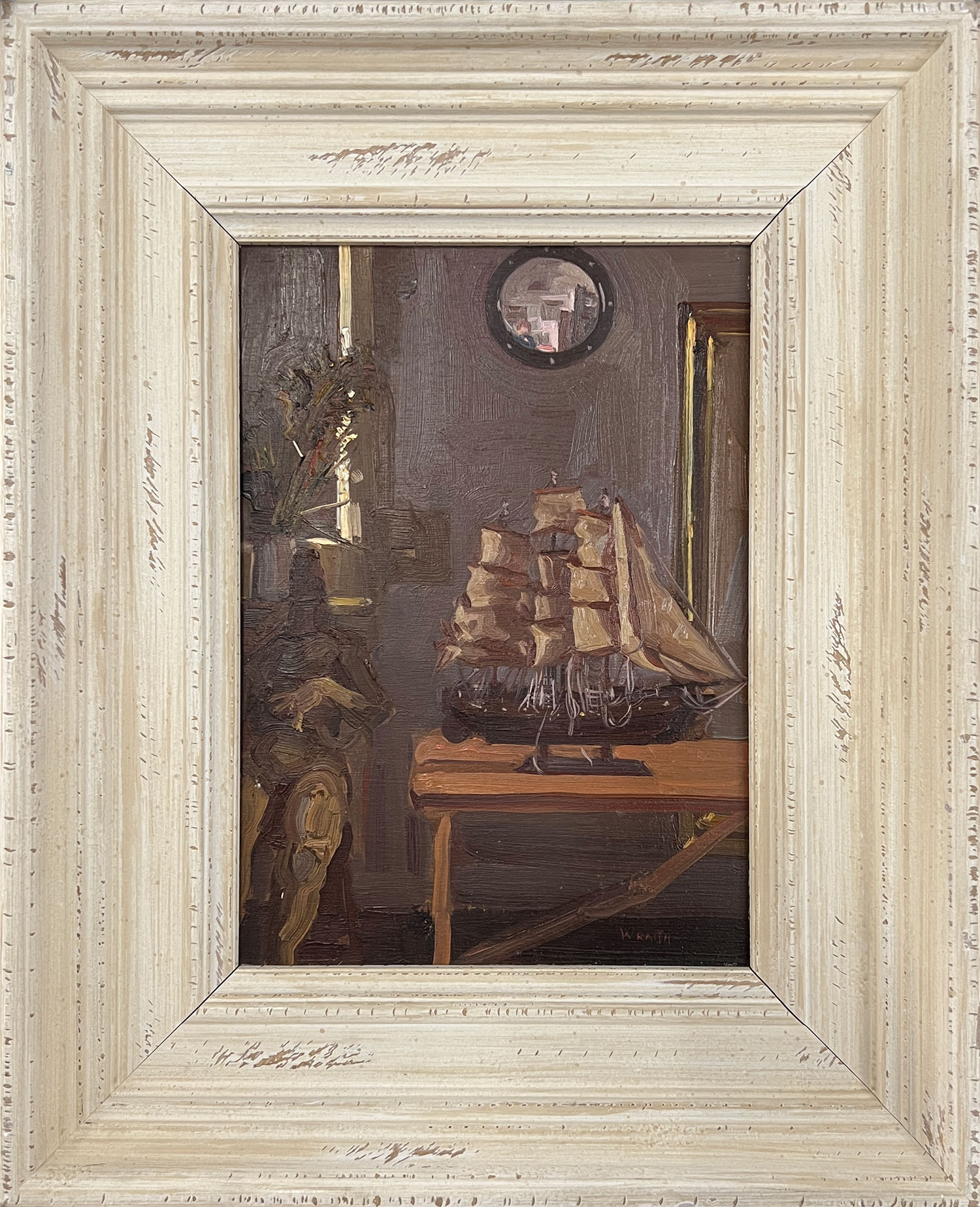 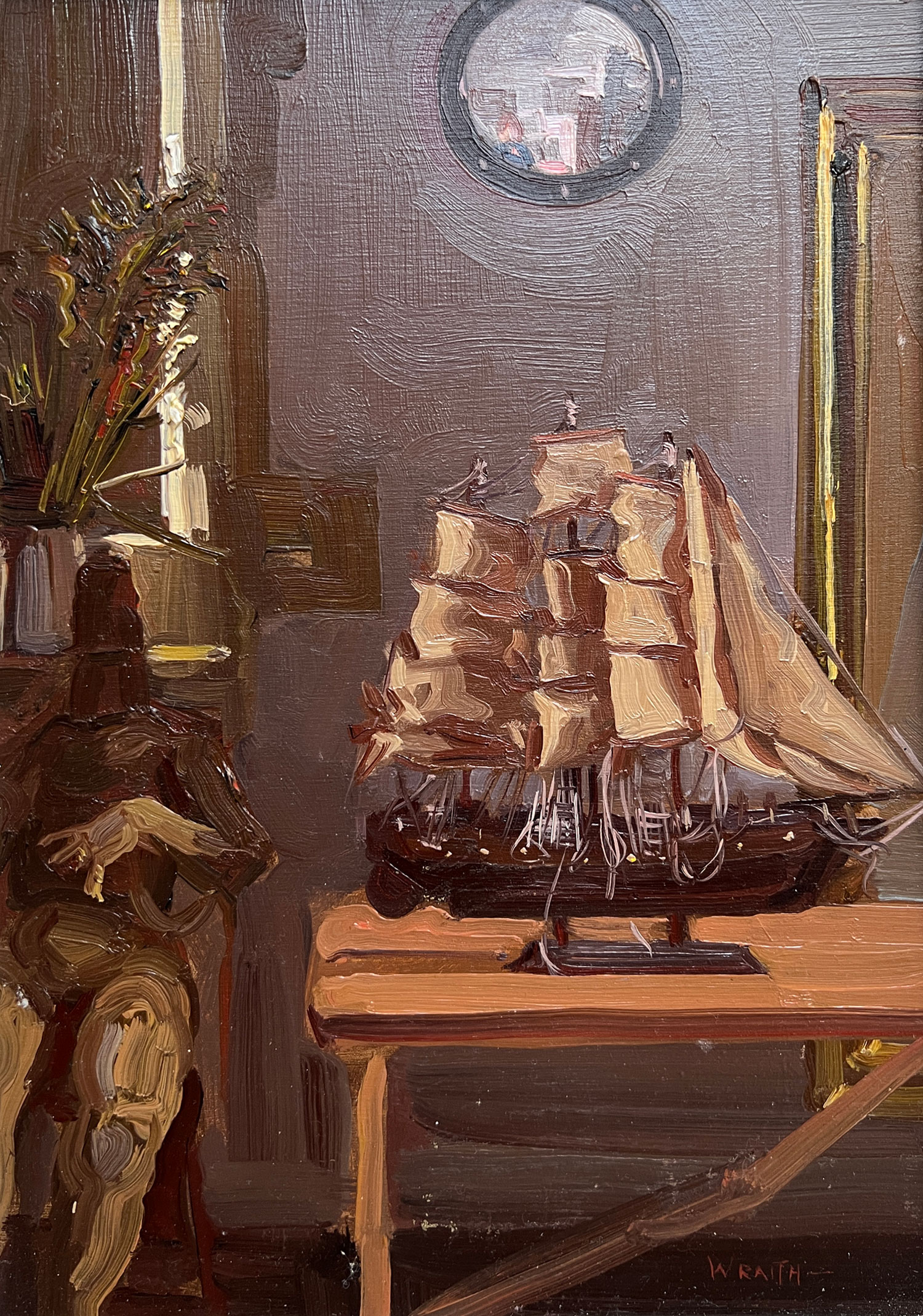 There is something wonderfully sensuous about Robbie Wraith’s paintings. This is not simply because a number of his paintings revolve around the nude.  It is particularly evident in some of his small panels of Italy and in his still lives where the paint in places is laid on thickly like butter on a smooth surface, achieving a creamy translucence.  In his nudes, portrait and figure compositions his technique is smoother, velvety and the contrasts between light and dark beautifully rendered.

Drawing has always been the bedrock of his work and this is perfectly illustrated by the charcoal drawing, ‘Esther’.  Robbie has recently been awarded  ”The Prince of Wales’s Award for Portrait Drawing’ at the Royal Society of Portrait Painters exhibition 2019 for ‘Esther’.

Wraith is a master of all mediums – watercolour, pencil, charcoal, oil and pastel. But then in Pietro Annigoni he had a teacher par excellence, an opportunity most artists merely dream of, and like Annigoni his portrait commissions include members of the Royal Family. Including Her Majesty the Queen.  In 1997 he accompanied HRH The Prince of Wales as travelling artist on his official visit to South Africa.  Other major commissions include Nelson Mandela and the 11th Duke and Duchess of Devonshire.  With such illustrious sitters is it any wonder that as a portraitist Wraith is highly sought after.

A painter for the 21st Century but one whose art remains rooted in the best traditions of the past, Wraith is an all-rounder whose artistic ability at times is nothing short of astonishing.