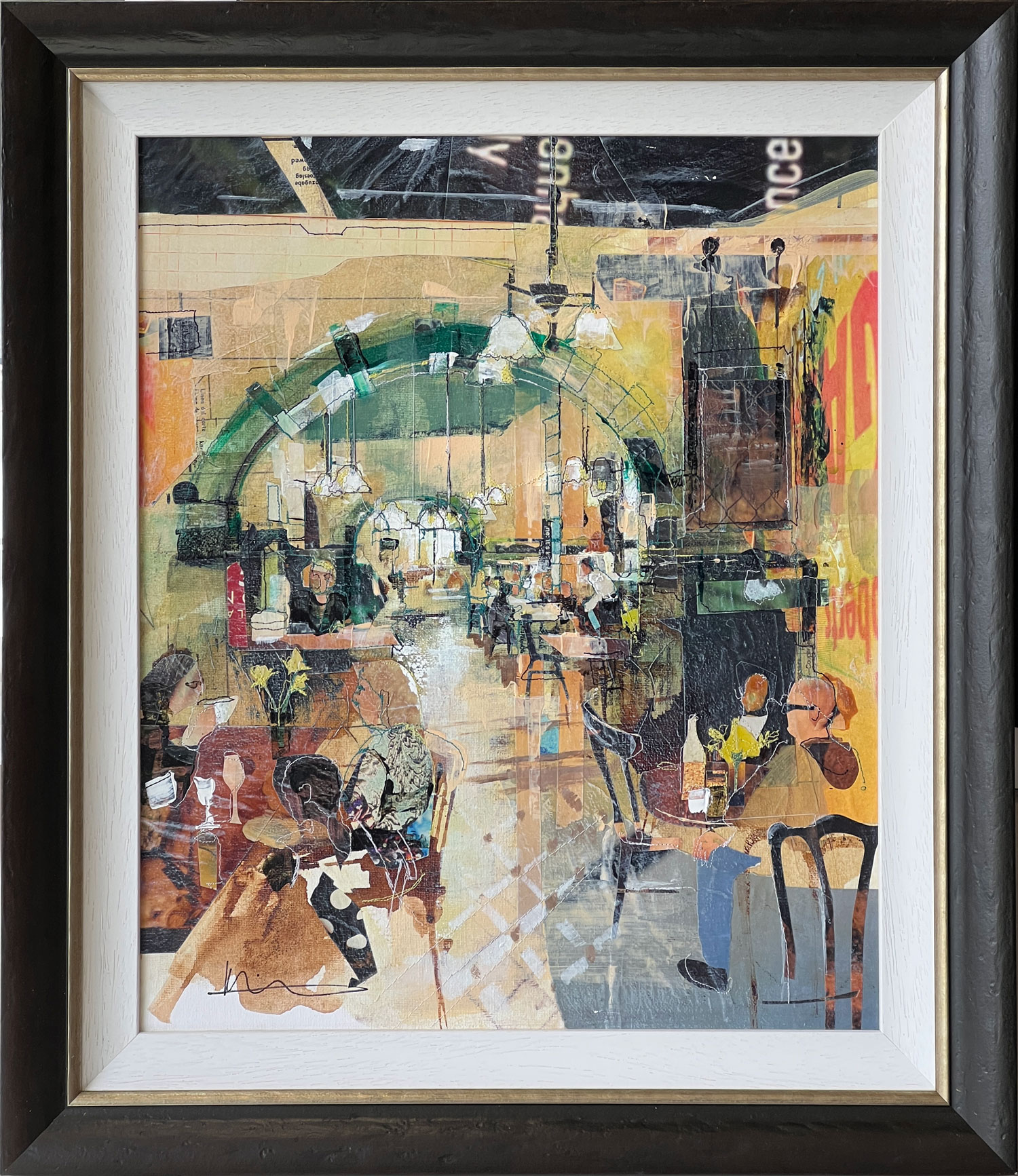 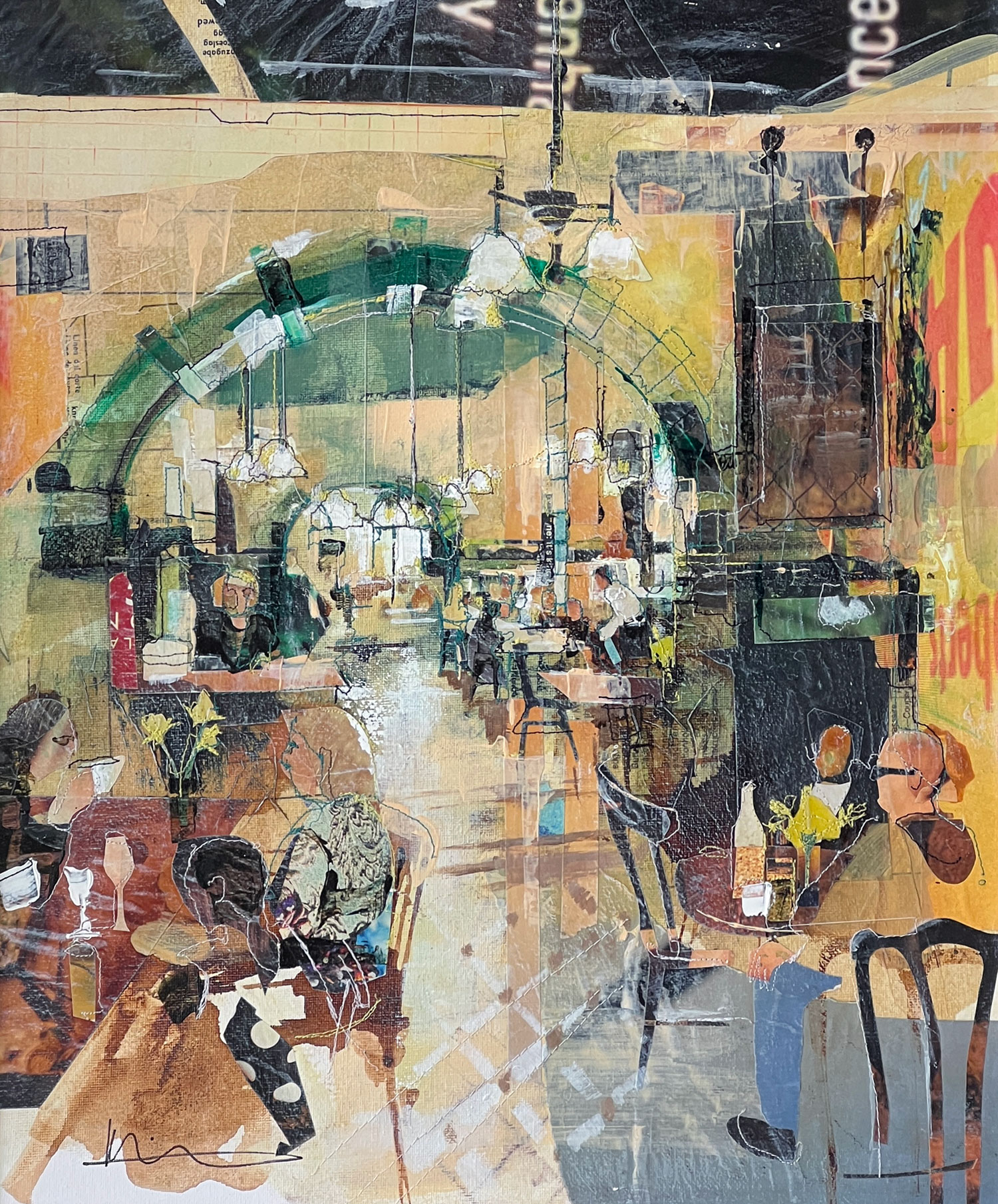 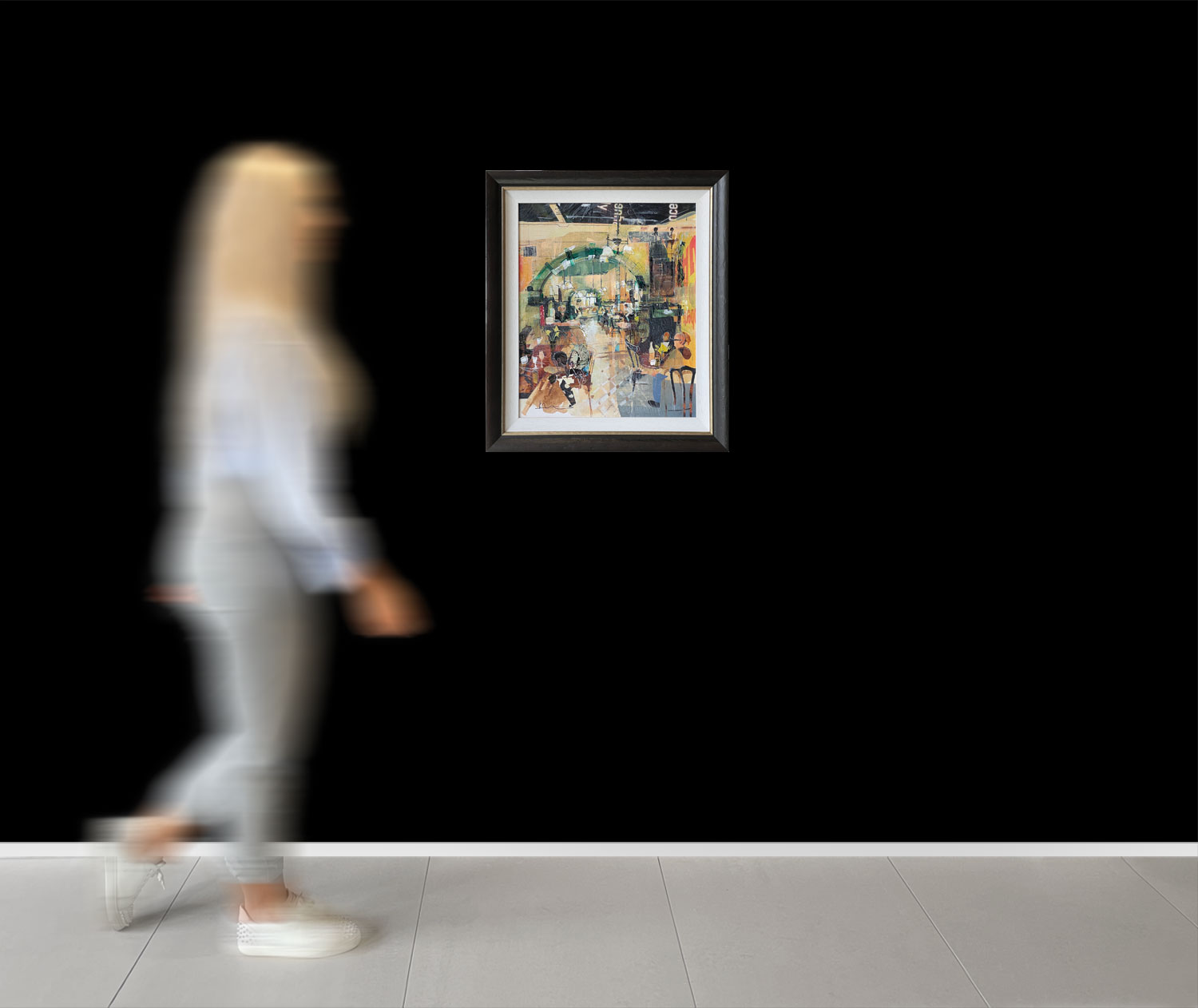 Rob Wilson – Various Originals on display in the gallery.

Rob’s method of combining paint and print sees him using a variety of printed matter including Vogue sewing patterns, and pages from programmes, brochures and leaflets, which often relate to the subject matter of the painting. Layers & texture are built up with paint, printed matter and tissue paper, and then after the painting is dry. Rob adds lines of machine stitch detail and these bring the painting to life.

Rob studied for his degree at Bradford University in Graphic Design and Illustration. With its rich heritage of textiles, Bradford became a large influence in Rob’s work.

Now his inspiration comes from the dramatic architecture and moody landscapes found in and around the North West. However Rob is heavily influenced by graphic design and textile design, typeface and stitching often sit side by side with more traditional media. Therefore creating uniquely abstract pieces.

In 2007 he received a Commendation for his painting ‘The Audience’ at the highly respected Derbyshire Open. Subsequently Rob went on to win the ‘Best Artist Award’ at the Buxton Festival Fringe.

Since then, Rob is fast building a reputation as one of the most exciting contemporary artists in the North West. In recent times taking commissions from Old Trafford Cricket Ground and Manchester United FC.