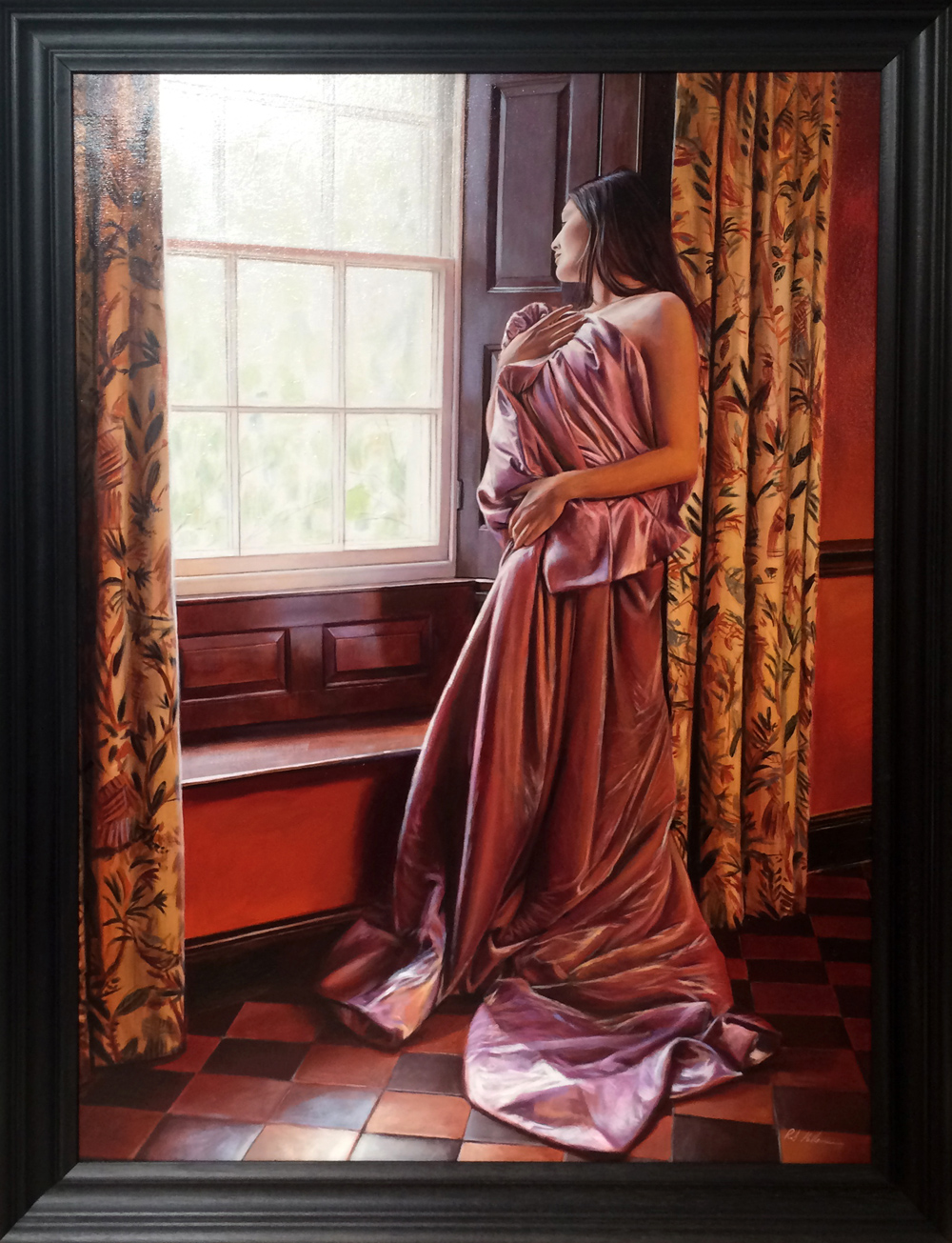 Rob Hefferan was born in 1968 in Warrington, Cheshire in the north of England. He began drawing and painting as a small child. “I wanted to be an artist for as long as I can remember.” Says Rob. “I remember copying dinosaurs and spaceships from pictures books. Feeling frustration at the fact that I could not draw as well as the illustrators from the books.” During family holidays to Cornwall in the southwest UK. Rob would paint en plein air and also enjoyed copying works from the Impressionists. Throughout high school and college, Rob entered and won many art competitions.

Hefferan studied formally at Manchester University where he first studied illustration and then went on to develop a realistic painting technique; a unique style that has matured over the last ten years. In 1991 he left college and joined an illustration agency but has since shifted to fine art exclusively. His style captures exact details yet seems completely effortless in its execution. Well-painted subtle surroundings brilliantly compliment the subject and showcase Hefferan’s finely honed skill. His masterfully composed figurative works are a compilation of beauty, form & light.

There is something evocative in the implied story within each work; the voyeuristic appeal that draws in the viewer and lets them create what is happening in the image. Rob credits his influences as the Pre-Raphaelites, French Impressionists, Degas and the illustrations of Norman Rockwell. Rob also finds visiting a variety of galleries inspiring; twice visiting the United States to see the country and to look at galleries in New York, California, Nevada, Tennessee and Louisiana.

Since the debut of Rob Hefferan’s figurative works in 2001, Rob has become one of the most celebrated new artists in the United Kingdom. Already receiving much interest from galleries and having participated in both the Spring and Autumn Fairs at the National Exhibition Centre in Birmingham, England where his paintings sold out within hours, Hefferan promises to be a hit in the United States as well.