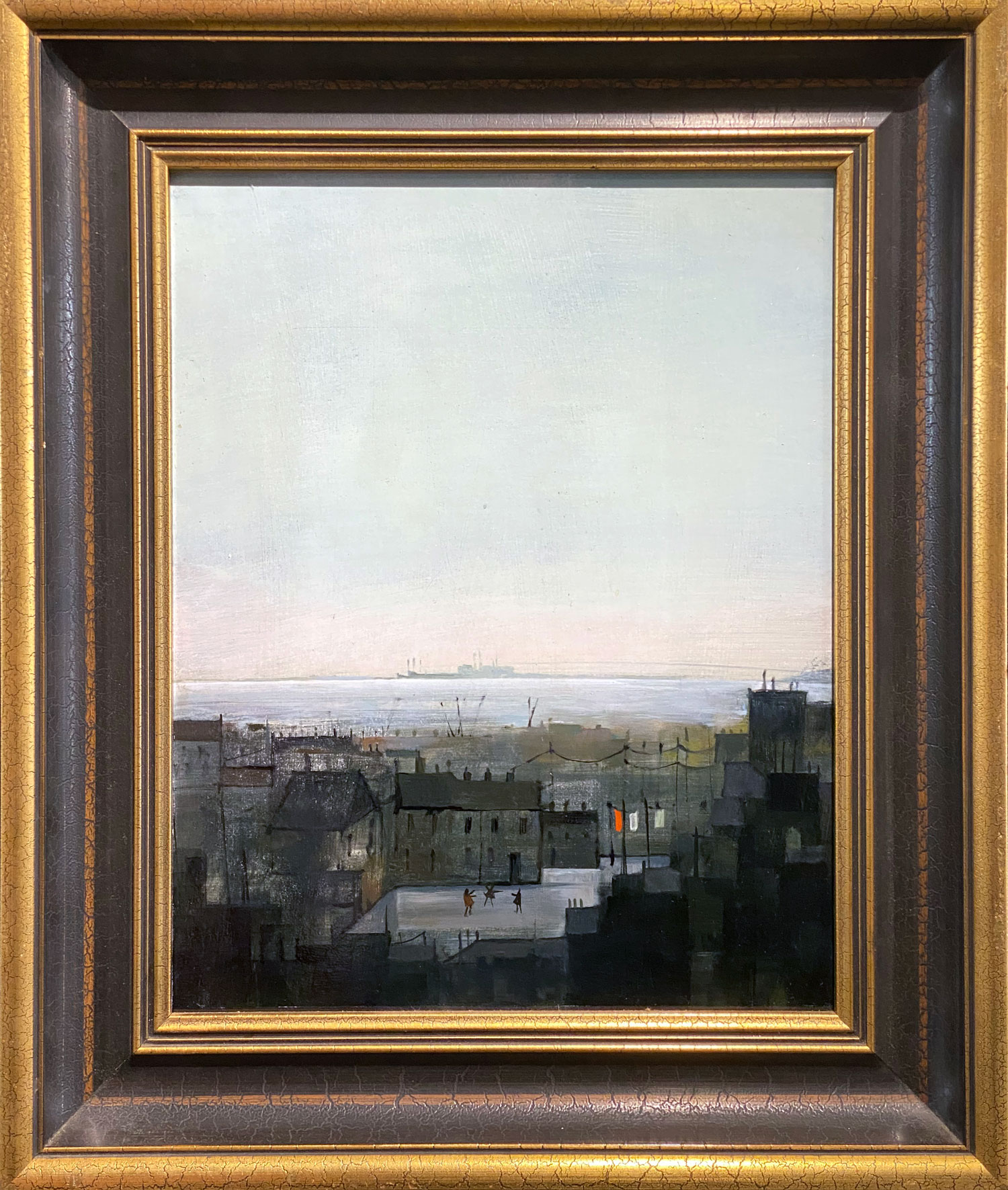 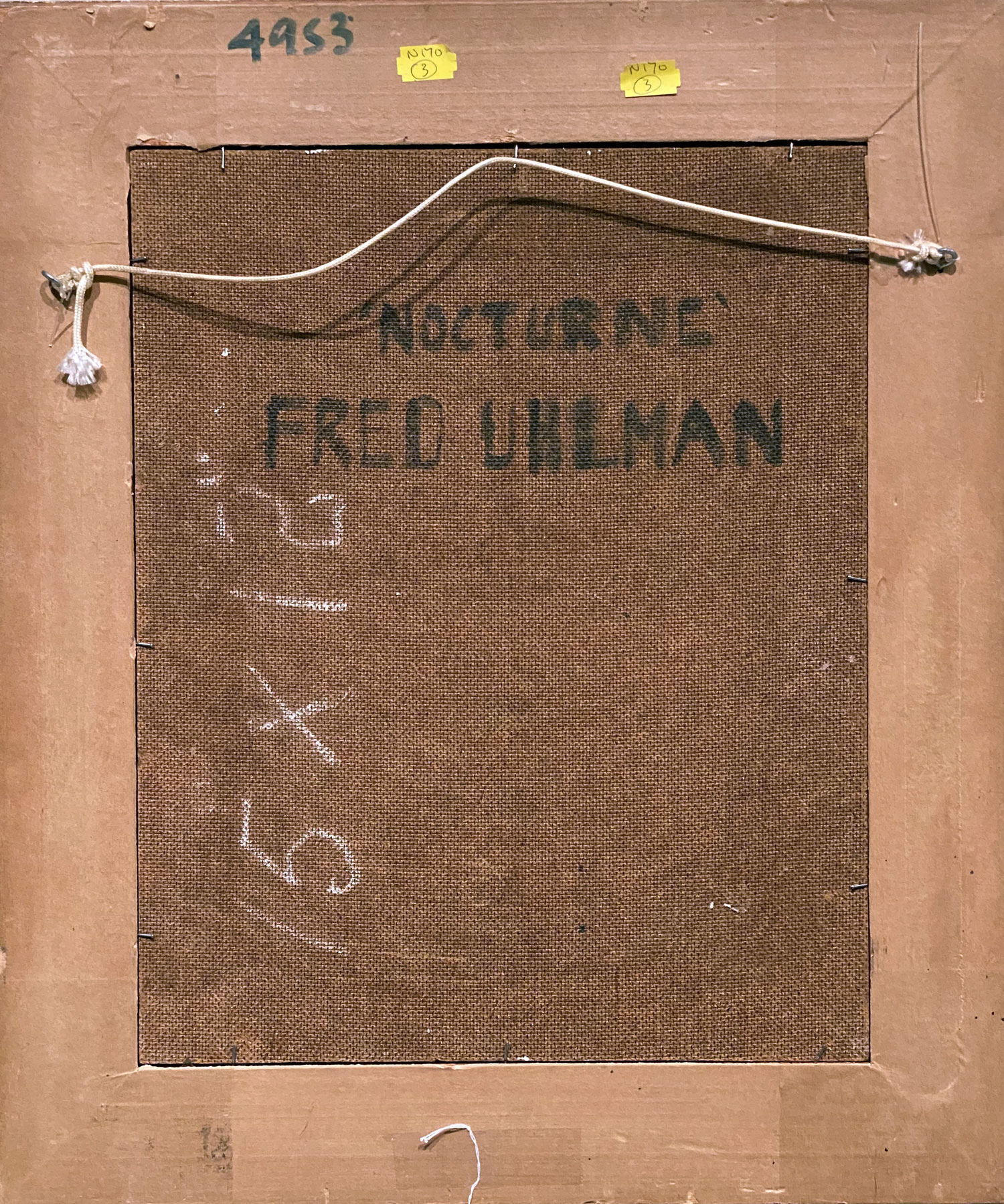 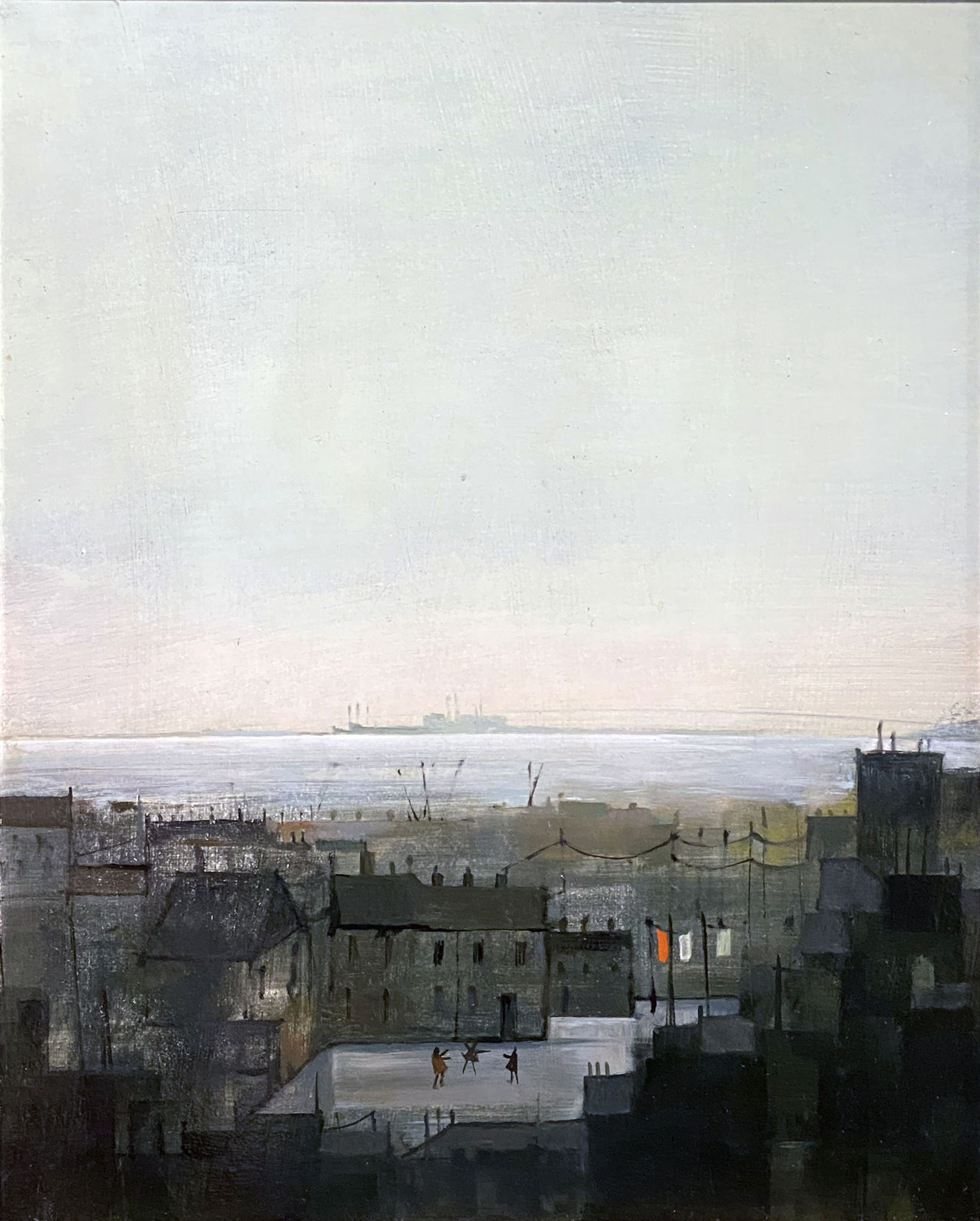 Type: Original Oil Painting on Board.

Fred Uhlman was a British writer, lawyer and painter of German origin. Born in Stuttgart in 1901. Uhlman began his working life as a lawyer upon graduation in 1923 from University, in anticipation of the turbulent times ahead in his native Germany, in particular the persecution of those of the Jewish faith.

Uhlman relocated to Paris in 1933. Therefore it was here in Paris that Uhlman first began to explore his artistic sensibilities in earnest. Unable to continue his career as a practicing lawyer. Uhlman began to produce paintings and drawings in order to support his new life in France. Uhlman’s work was well received in many artistic circle. Subsequently the artist participated in his first one-man exhibition at the Galerie Le Niveau in Paris in 1935. After living in Spain for a short while, the outbreak of the Spanish Civil War caused Uhlman to once again move away from political difficulties in favour of a more prosperous life in England.

Following his relocation to London in 1936. Fred Uhlman settled in a district of the city known for its exciting cultural and artistic dialogues. The artist continued to paint, and first exhibited at the Zwemmer Gallery in London in 1938. However in 1943, Uhlman and his family moved to Gwynedd, Wales. The lush valleys and hills of his new surroundings proved to be of great influence to Uhlman. Many of his most celebrated landscape works were produced during this time. Uhlman’s popularity as an artist grew steadily throughout his years spent painting in Wales, and the artist participated in several exhibitions throughout Britain in the years to follow.

A major retrospective of Uhlman’s work was held at the Leighton House Museum, London in 1968. Alongside his successful career as a painter, Uhlman gained prominence as a critically acclaimed writer reflecting upon the difficulties faced by Jewish individuals in pre- and post-war Germany. Uhlman died in 1985 in London. His work can be seen today in many public collections including the Tate, Victoria & Albert Museum in London and Manchester Art Gallery and the Fitzwilliam Museum in Cambridge.