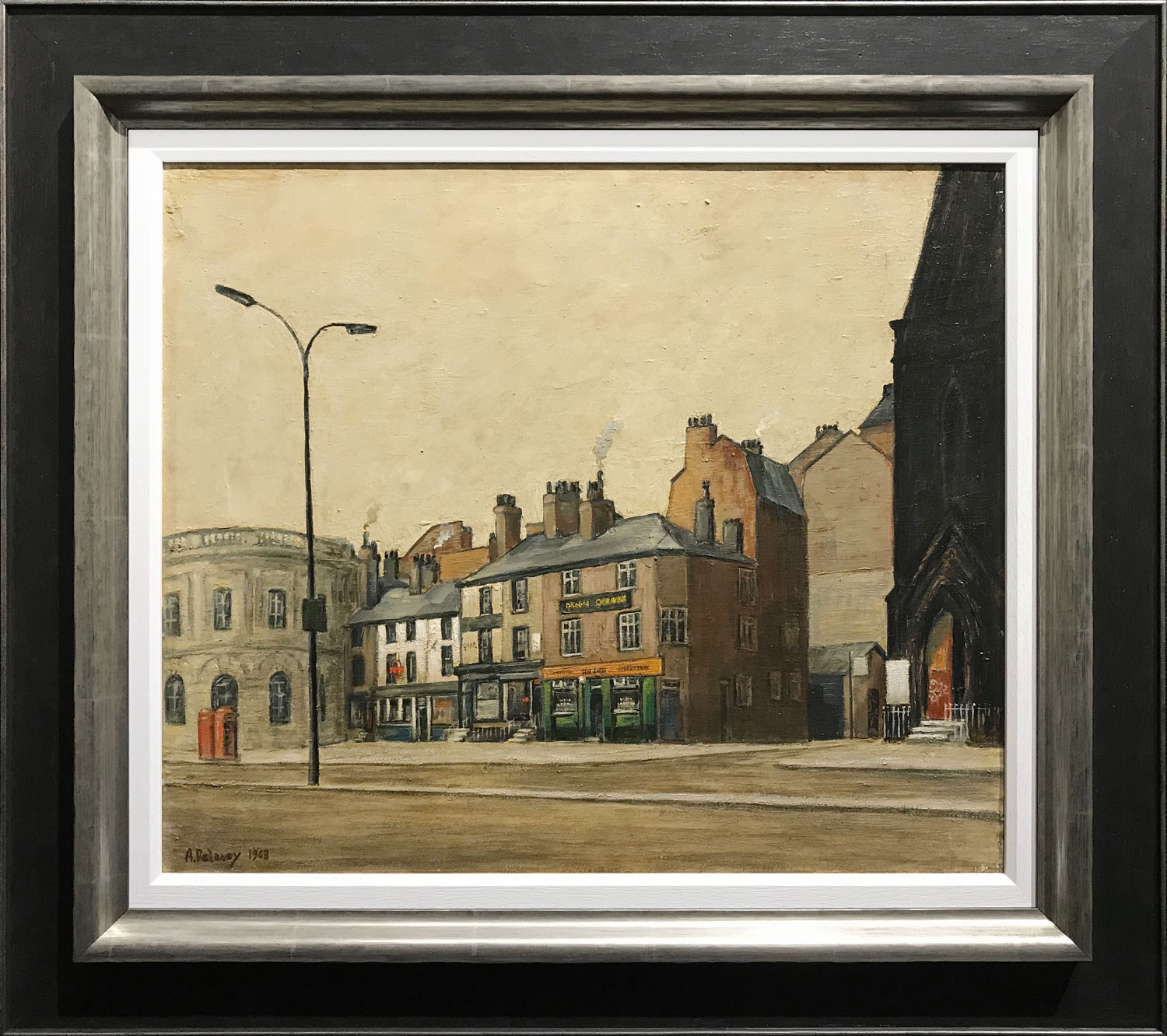 This painting has featured in previous Arthur Delany exhibitions – The painting is an accurate record of a place in the centre of Manchester called New Cross which has since been demolished.

Lowry’s work made him aware of the many special qualities of the north. Soon he began producing street scenes and industrial landscapes. However Arthur Delaney paintings were not stylised but a true likeness to their location. He set out to capture the atmosphere of the 1930s and all of his paintings capture the nostalgia of the period.
Subsequently he had numerous exhibitions in Manchester and exhibited at the Royal Academy. However his paintings have proved enduringly popular with collectors.